Translated from the Bangla by Arunava Sinha 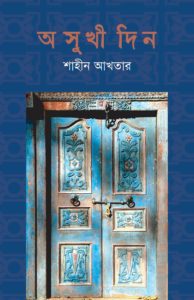 The year: 1946. The party attached me to the students’ organization in Shillong at the end of the war. ‘Since you’re going to be in Shillong now,’ they said, ‘join the BA classes.’ I had no books, they had me admitted to the college only to give speeches. I went to the hostel all the time, arguing with the girls there. They couldn’t stand me. ‘You’re far too fond of Muslims,’ they said, ‘you’re not neutral.’ By then the riots had reached Noakhali after Calcutta, and went on to Bihar soon afterwards. The college students were communal too. Not even six months had passed, but the rakshabandhan between Hindus and Muslims on Rashid Ali Memorial Day, the tricolour and the moon-and-stars flagged knotted together, or the Hindu-Muslim zindabad slogans, were already a thing of the past. A coalition of Hindus and Muslims had made the streets ring with the demand for revoking the conviction of Captain Rashid Ali of Azad Hindu Fauj. The slogans in their collective voice, ‘Go back, Englishmen’ and ‘We want Hindu-Muslim unity, we want freedom for Rashid Ali,’ rose in the air like a storm and died down just as abruptly.

There were no riots in Shillong, but their influence was felt. Hindus became hardcore Hindus, and Muslims turned into extreme Muslims. All the familiar faces changed instantly. But I didn’t give up, regurgitating the party line we had been taught—bourgeois leadership secures benefits for itself from such fraternal conflicts, this is the divide-and-rule policy of British imperialists, etc, etc. The students would laugh in my face when I said these things. It was bad enough that I was overage when I entered college, and now such humiliation! I would be furious with the party. Why didn’t we have the freedom to understand or explain the emerging situation in our own way without resorting to bombastic ideological statements?

‘And what is this independent explanation you offer?’ A comrade at the Shillong party office challenged me one day. There were no study circles or informal discussions those days, we were merely having an idle conversation. So I took courage in my hands and said, ‘Have we been taught to analyse events independently? We’re always made to wait for briefings like for rain after the heat.’

Although I won the debate convincingly that day, back home I wondered how much longer I could blame my own incompetence on the party. However much I tried to conceal the corpse, the stench was spreading. It wasn’t the party that was visible to the college students, it was me, dressed in my white sari with a black border and glasses perched on the nose. They thought I was an intellectual, when in fact I was nothing but a wind-up doll, with no thoughts or ideas of my own. Of course, I knew very well what the students, both Hindus and Muslims, would have liked to hear me say. The Hindu students were eager to be told that it was the Muslim League that had given the call for Direct Action Day to start riots, that Sohrawardy had let loose the Punjabi policemen on the streets from the protection of the police headquarters in Lalbazar. What they did not want to hear me ask was: was the English Governor of the province blameless? Why had it taken five full days to call in the British troops? They were polishing their boots and weapons in Fort William while Hindus and Muslims were slaughtering one another. And besides, if it was Sohrawardy controlling all the action from Lalbazar, why were there more Muslim victims than Hindus during the Calcutta riots? On the other hand, if the listeners were Muslims, they wanted to hear that what had happened in Noakhali was an uprising of peasants against the landowning gentry, much like the French Revolution. In which case, my question was, why were those from the Namashudra community or the Scheduled Castes butchered? Which meant that all I could do was ask counter questions of my listeners, answers to which I did not have myself. As for the party’s response, I’ve mentioned that already.

I recalled my father, a disciple of Deshbandhu Chittaranjan Das. The basic spirit of Deshbandhu’s Bengal Pact was that the solution to the Hindu-Muslim problem lay not in merger but in conjoining, not in blending but in co-existing, not in fusion but in federation. A group that amounted to one fourth of the population would neither have its identity dissolved amongst Hindus like salt in water, nor live with minority status in an India freed of the British. The Bengal Pact had been ground to dust. One of the things that I had heard my father say, quoting Deshhbandhu, was planted firmly in my head: ‘Unless the Hindus can generate trust amongst Muslims with their generosity, there will be no Hindu-Muslim unity. And without Hindu-Muslim unity, our demand for independence will forever remain in our imagination.’

This was from the early 1920s, even before I was born. Independence was at our doorstep now, and it was coming not through unity between Hindus and Muslims, but through fissures between them. The party said the demand for Pakistan was not unreasonable. Congress Party, acknowledge the Muslims’ right to self-determination. It is utterly wrong to demand independence from the British for yourself while denying it to a hundred million Muslims from your country. We cannot join battle against our Muslim brothers on the pretext of securing an undivided India. We will strive to the utmost for Hindu-Muslim unity, but if they are determined to separate, they cannot be prevented. The demand for an independent homeland is the result of a genuine Muslim emotion.

Which was all very well, but here we were being deafened by cries of Pakistan zindabad and Bande Mataram. I stopped going out and immersed myself in my textbooks—I simply had to pass the BA exams, it was impossible to go on without a job. But although the party had allowed me a leave of absence, there was no escaping my mother. The trial of the INA officers ended early in the year. Public anger had forced the exoneration of Shahnawaz Khan, Dhillon and Prem Kumar Sehgal. At the interrogation of witnesses during the trial in Red Fort in Delhi, what came up repeatedly were incredible accounts of the battle for freedom waged by barefoot INA solders in torn uniforms on remote mountains and in dense forests, their selfless sacrifice, the malaria, diarrhoea and skin diseases they suffered from, the festering of jungle flies on their wounds, their consumption of wild creepers and grass when driven mad with hunger. Each of them was an embodiment of a persecuted hero. These reports filled the pages of the newspapers, making my mother weep as she read them. The news at that time said that nearly six thousand members of the Azad Hind Fauz were imprisoned in south-east Asia. My mother had put the clipping away carefully. When all mention of the INA was wiped out from the newspapers by the end of the year, she used to pull out the soiled clipping for a look. I would be preparing for the exam, while she would be gazing at the figure of six thousand, as though dada was concealed behind it. Or as though it wasn’t a statistic but one of those transferable images to which she would just have to apply some water to see my brother’s face appear. I’d look at her covertly, half worried that she would put the clipping away and tell me, ‘Go find him, Anu. Who knows which jail of south-east Asia my son is rotting in.’

[This excerpt is from the section titled “Anita Seneer Smritikatha (Anita Sen’s Memoirs)” in the book.]

Arunava Sinha translates classic, modern and contemporary Bengali fiction and nonfiction into English, and from English into Bengali. Over fifty of his translations have been published so far. Twice the winner of the Crossword translation award, for Sankar’s Chowringhee (2007) and Anita Agnihotri’s Seventeen (2011), respectively, and the winner of the Muse India translation award (2013) for Buddhadeva Bose’s When The Time Is Right, he has also been shortlisted for The Independent Foreign Fiction prize (2009) for his translation of Chowringhee and longlisted for the Best Translated Book award, USA, 2018 for his translation of Bhaskar Chakravarti’s Things That Happen and Other Poems. Besides India, his translations have been published in the UK and the US in English, and in several European and Asian countries through further translation. He is the editor of the Library of Bangladesh, a series of Bangladeshi fiction translated into English from Bengali, and of the Book of Dhaka, a collection of short stories from Bangladesh translated into English. He has conducted translation workshops at the British Centre for Literary Translation, UEA; University of Chicago; Dhaka Translation Centre; and Jadavpur University.