Lord Louis Mountbatten, the last Viceroy of British India, is remembered in the subcontinent for presiding over its disastrous division. He brought forward the planned date of Indian independence from June 1948 to August 1947, and forced the pace with scant regard for human lives, for reasons that remain in the realm of speculation to this day. In popular memory in India, he is however a far lesser villain than M. A. Jinnah, the founder of Pakistan, who is regarded as the man responsible for the painful Partition of the country. Of course, Pakistanis honour him for exactly that very reason – as the father of their nation. However, neither Indians or Pakistanis apportion sufficient credit or blame where it is rightly due. The man finally most responsible for Partition was neither Jinnah nor Mountbatten.

After Partition and independence, Kuldip Nayar, then the Resident Editor of the Delhi edition of The Statesman, travelled to the United Kingdom to meet with Mountbatten, Sir Cyril Radcliffe, and others who were privy to the momentous decisions that sealed the fate of the Indian subcontinent. The following excerpt is from his account of his interview with Louis Mountbatten. 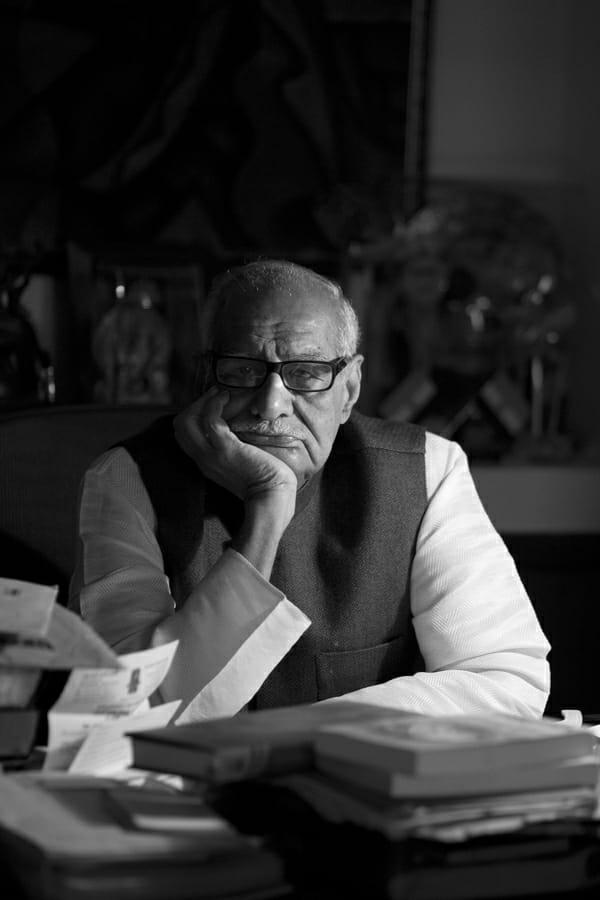 Mountbatten made no secret that Lord Clement Attlee, the then British prime minister, wanted to keep India united. ‘Before departing for Delhi his advice to me was to think of some arrangement, a loose federation or a central mechanism, to maintain contact between the two.’ But other British leaders told him when he left London that there was no way out except Partition. ‘I tried to preserve unity but Jinnah did not agree,’ Mountbatten assured Attlee. He claimed that he had argued in favour of one India but Jinnah’s reply had been that, even though nothing would have given him greater pleasure than to see such unity, it was the behaviour of the Hindus that had made it impossible for the Muslims to accept. Whether the ‘behaviour of the Hindus’ was to blame or not, one thing certain was that the Muslims, at the time, were extremely perturbed about their future. They had little fear in the areas where they were in a majority but, being in a minority in India as a whole, they were plagued by the thought that their position and status in independent India would not be secure. Maulana Abul Kalam Azad, a top Congress leader, had warned Muslims that after India’s division they would discover that they had become aliens and foreigners in their own country. Backward industrially, educationally and economically, they would be left to the mercy of what would then become an unadulterated Hindu Raj.

Alan Campbell-Johnson, Mountbatten’s press attaché, recalled how Jinnah, during a dinner at the viceroy’s house, was so worried about Pakistan eluding him that he said: ‘The Congress will accept even dominion status to deprive me of Pakistan.’

‘Do you know that you are held responsible for the one million people killed during Partition?’ I asked Mountbatten. ‘The change of the date of British departure, from 6 June 1948 to 15 August 1947, heightened tension on both sides and led to the forced transfer of populations and the massacre.’ Mountbatten did not deny the sequence of events. He said: ‘I could not hold the country together. I had to hasten the process.’ He rationalized the killing thus: When I go before the Almighty I shall tell Him that when I was commanding the navy from Singapore during World War II, I saved the lives of 2½ million people by diverting food ships to Bengal despite Churchill’s persistent refusal. I will plead with Him that my account is still 1½ million plus.’

London informed Mountbatten about the visit of three cabinet ministers: Fredrick William Pethick-Lawrence, then secretary of state for India, Sir Stafford Cripps and A.V Alexander. On their arrival, they said that the British wanted the Indians to set up an ‘acceptable’ machinery to realize full independent status and to make interim arrangements in the meantime. They had brought along with them a formula which came to be known as the Cabinet Mission Plan. 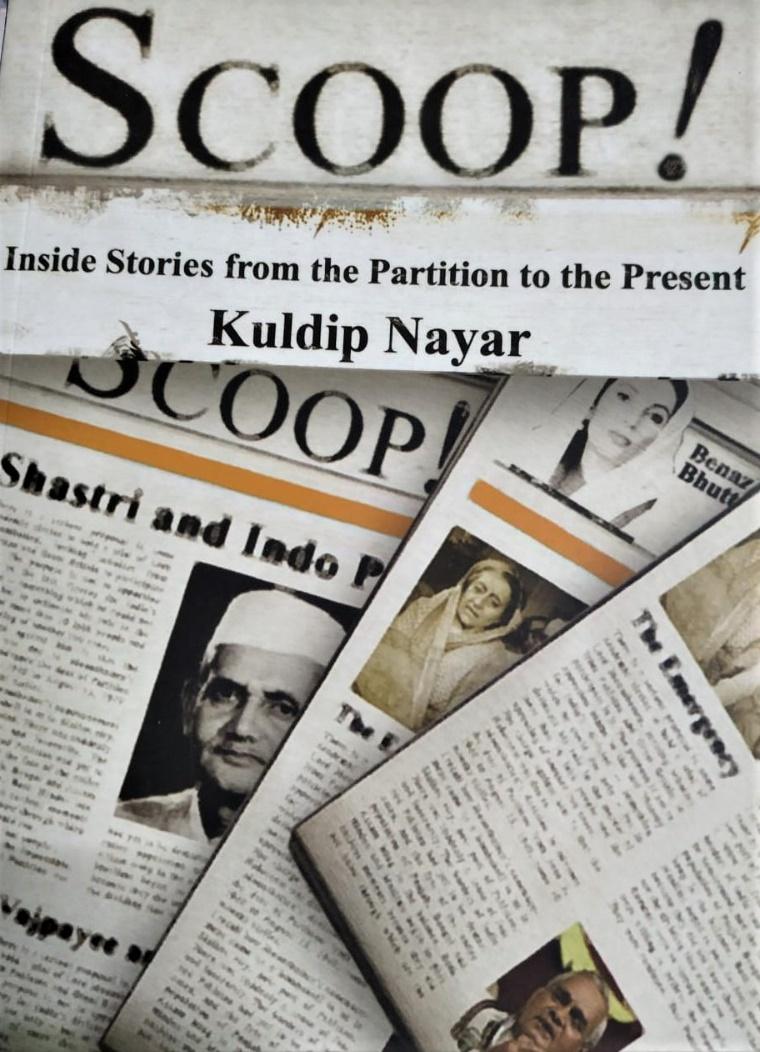 The Plan divided the country into three zones: A, B and C. Zone A would embrace all Hindi-speaking states in the north and the Congress-ruled states in the south; Zone B would include Punjab, Sind, the NWFP and Baluchistan. Zone C included Bengal and Assam. The three ministries: defence, foreign affairs and communications would, however, belong compulsorily to the central government. Both the Congress and the Muslim League initially accepted the plan. However, Nehru, after becoming Congress president, said that, ‘the party would enter the Constituent Assembly completely unfettered by agreement and free to treat all situations as they arise’.

Jinnah did not like Nehru’s statement, which he thought was a trick to deny the Muslims autonomy. He reiterated the demand for Pakistan as the only course left open to the Muslim League and rescinded its earlier resolution to accept the Cabinet Mission Plan.

Nehru’s objection was to the grouping of the states in zones. He wanted a state which was in a particular group to have the option of moving to another group. The Cabinet Mission Plan officially clarified that the grouping of states was an integral part of their proposal and could not be changed. Maulana Abul Azad went on record to say that Nehru was wrong and that the Congress could not modify the plan ‘as it pleased’.

Why Nehru turned against the Mission Plan is difficult to say. It could be because of his experience with the Interim government earlier, when the Muslim League ministers did not cooperate with him. After the then finance minister Liaqat Ali Khan’s order that all posts, including those of peons, would have to come to him for approval, things became hell for the Congress ministers. They felt so exasperated that they were even prepared to part ways.

‘Once the Agreement on the Cabinet Mission Plan broke down,’ Mountbatten said, ‘I had no choice except to work on Partition.’ He was not happy. He blamed the collapse of the Cabinet Mission Plan on the misunderstanding created by Nehru. But Partition was now inevitable. He was summoned to London for consultations. On his return, Mountbatten immediately began to work on a plan for Partition. Once the draft was ready, he consulted Nehru and Sardar Patel who accepted it readily; they were getting old and wanted to participate in building the new India of their dreams. Maulana Abul Kalam Azad once mentioned to me that this had made him feel left out. He had gone to Gandhi – who had earlier walked out of Mountbatten’s room when he heard the word ‘partition’- but Gandhi was no solace for Azad.

Mountbatten said that after getting the approval of Nehru and Patel, he called Jinnah and told him that his demand for Pakistan had become a reality. ‘I asked Jinnah whether he would accept anything less or any tie with India, loose or firm,’ Mountbatten said. ‘Jinnah said no. “I do not trust them.”‘

Mountbatten once again went to London to work out the Partition plan. Disappointed, Attlee wondered if there was still some way to stop the vivisection of India. Winston Churchill, the British prime minister during World War II, told Mountbatten that India would have to be divided if the British were to quit.

Mountbatten recalled that the main discussion was on Bengal and Punjab. He insisted on partitioning the two provinces on the same principle as had been applied to the subcontinent while Jinnah insisted on keeping them wholly in Pakistan. When Mountbatten explained to him the logical consequences of Partition, that is, dividing Punjab and Bengal, it took Jinnah some time to grasp its reality. He had not realized it would happen that way and that soon. Mountbatten regretted that it was inevitable after his failure to sustain any ties between India and Pakistan.

Jinnah then argued that the people of Bengal and Punjab were first Bengalis and Punjabis and then Hindus and Muslims. ‘How could I have accepted the logic? That applied to the whole of India,’ said Mountbatten. And he therefore rejected the plea. What else could he have done when Jinnah himself had remained silent on a question posed by Gandhi in a letter dated 14 September 1944, asking whether Bengalis, Tamilians or Maharashtrians would ‘cease to have their special characteristics if all of them became converts to Islam?’

[Excerpted with permission from Scoop: Inside Stories from the Partition to the Present by Kuldip Nayar, published by HarperCollins India, 2006.]