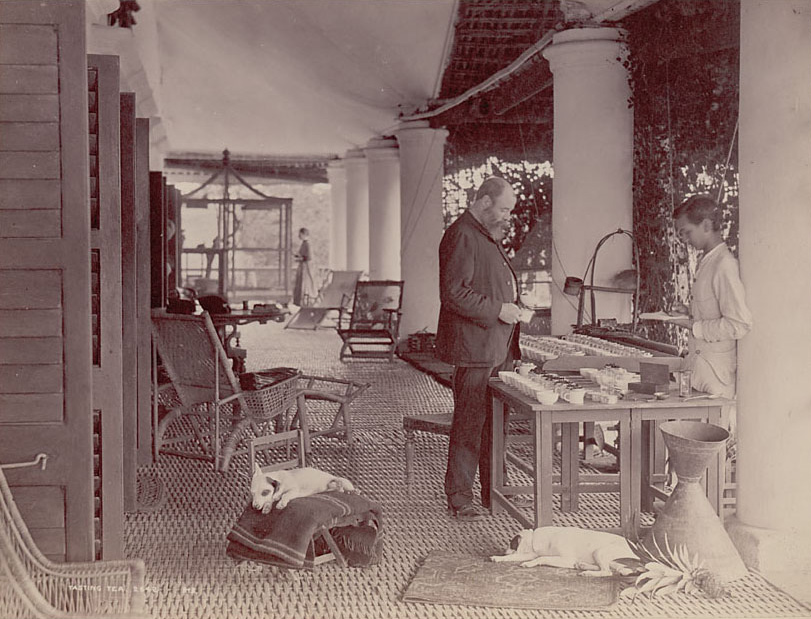 The story of India’s Partition has been told, and retold, mostly with a focus on Punjab and Bengal. An analysis of these narratives reveals that these Partition stories curiously complete the spectrum, and northeast India remains an unexplored region. The multi-focal nature of Partition has not found enough attention in the context of the northeast, nor has the complexity of factors that led to the Sylhet Referendum in Assam been discussed or written of widely. It is important to note that the dynamics that affected the Partition of northeast India were more manifold than either Punjab or Bengal. Here ethnicity and linguistic antagonism also played a dominant role along with religion in determining the directions and dimensions of Partition.

States that came to be carved in the wake of Partition went alternating on a path of unrest and temporary unquiet peace, often bleeding the communities in contention through a thousand cuts, for decades after. This process culminated in the Bangladesh genocide of 1971 and the travails of the refugees who survived such horror is an experience that began in the build-up to Partition and continues till the present, ensuing in inter-generational grief. It has not yet ended in many cases. Partition continues to fester in this region in the form of the National Register of Citizens (NRC) and the proposed Citizenship (Amendment) Bill.

In West Bengal, the ruling Bharatiya Janata Party regime’s conflict with the incumbent Trinamool Congress is pitching the politics of religious identity against the politics of linguistic identity. Bangladesh, which has largely left Partition behind in its national memory after 1971, has a similar struggle between its dominant religious and linguistic nationalisms. To understand what is happening in all these places now, we believe that a slightly longer view of Partition history is needed, to trace the origins of current borders and divisions.

As a new online journal, Partition Studies Quarterly (PSQ) will engage with the Partition narratives of northeast India within the larger discourse of the Partition of India. This international peer-reviewed journal will provide a platform for scholarship through an interdisciplinary model to explore historical and contemporary accounts of nationalisms, displacement and ongoing experiences that Partition continues to bring. In our first issue, we look at some processes and events that led to the Partition in northeast India, including the cartographic schema of the British colonialists which displaced both tribal and non-tribal communities. In fact, northeast India suffered two Partitions – the first was the separation of Burma in 1937 and the second was the partition of Bengal and Assam in 1947.

Apart from colonial political cartography, we also discuss the emergence of modern linguistic and territorial boundaries in the region with a focus on Assam, and offer insights through a book excerpt that traces the successive stages of Partition in the northeast through the diary records of Major General Mohinder Singh Chopra. An interview focuses on the development of refugee settlements in Shillong, the erstwhile capital of undivided Assam from 1874 to 1972. The journal also perceives the visual culture of colonialism and Partition to be an important aspect for understanding modes of images that speak as texts for analysing such a history in the contemporary context. We present the genesis of Orunodoi (Dawn of the Day), the first Assamese periodical published from January 1846 to December 1880. The transformations that the British Raj brought to the northeast as part of its colonial repertoire of evangelism, trade and capitalism has been manifold, and central to this has been the role of the printing press, which cemented current notions of identities and geographical borders. With the coming of the American Baptist Missionaries in 1836 in Assam, print media became the catalyst for debate around modernity and public opinion, along with the relationship between authority, nationalism and public discourse.

This journal does not claim anything more than being an attempt to engage with the history of multi-dimensional cartographic realignments of northeast India beyond the stereotype binary of Punjab and Bengal. It is an attempt to highlight a journey across a path that global academia has just begun to engage with.

We would like to inform you that due to the difficulties of the third wave of Covid pandemic, Partition Studies Quarterly (PSQ) Issue 05 will be a rolling edition of essays, a book excerpt, an interview, and visual notes.