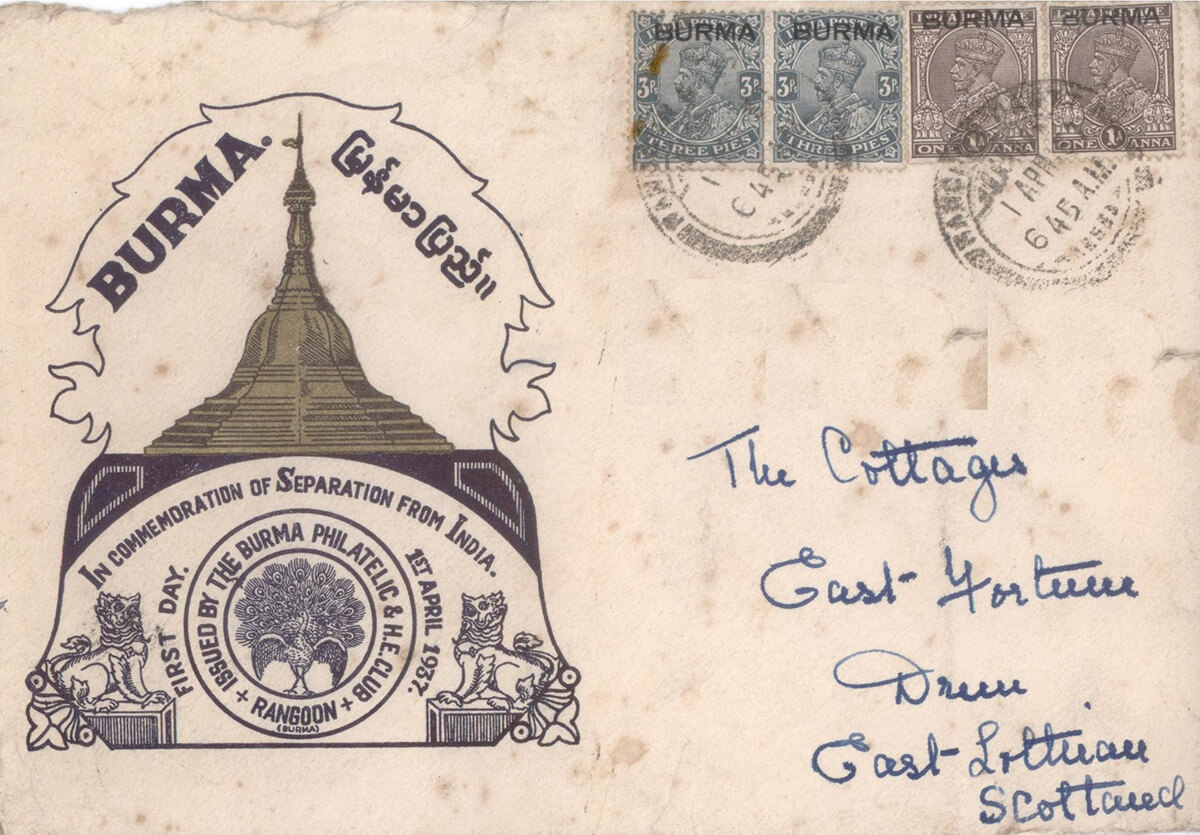 A first day cover issued on 1 April 1937 by the Government of British-ruled Burma to commemorate the separation of Burma from the British Indian Empire. (Wikimedia Commons).

Over the years the story of Northeast India and India’s northeast has become more complex as scholars, bureaucrats and policy makers have systematically started to renew their engagement with the partition of India. This process has received a fillip in the last two decades as such scholarship and policy reviews have recovered partition narratives beyond Punjab and Bengal and realized the critical location of northeast India.

The publication of the North Eastern Region Vision 2020, published and circulated by the DONER Ministry, was a crucial turn in the official re-imagination of its regional identity at the turn of the twenty-first century through a bold engagement with the legacy of partition and attempts by the state to move beyond it. At the core of this re-imagination was the engagement with the history of the northeast partition.[1]

It is now accepted that any attempt to encourage the path of progress and prosperity would need to engage with partition as it would involve the revival of precolonial community ties and encourage the restoration of pre-colonial connectivities based on shared cultural linkages and shared resources. While this realization and pro-active engagement with the history of partition and its disruptions have opened the possibility of an unhindered advocacy of a new foreign policy perspective on one hand, it has also exposed fault-lines in understanding the politics and process of partition of India, in both scholarly work and policy making. Partition has often been understood as a homogenous cartographic exercise that was undertaken in a singular initiative in 1947, or an exercise that has an oft-referred binary communal dimension of highlighting the stereotype of Hindu-Muslim antagonism, which is a leaf out of the history books of Punjab and Bengal.

It is important to challenge these stereotypes and review these perspectives. Partition in northeast India was more prolonged and complex, a fact that was also highlighted in our inaugural issue. Thus, if the Surma Valley was partitioned in 1947 to leave a remnant in the present-day province of Assam in India in the form of the Karimganj district, the process of partition also adversely affected a number of indigenous communities of colonial Assam such as the Khasi, Jaintia, Garo, Hajong, not to forget the Chakmas and the Reangs, to name a few. That apart, the process of partition of 1947 was surely the last in the series of the colonial project of partition as only about ten years before, in 1937, the process of administrative separation of Burma from India also generated disruptive trails. The legitimization of the borders between the two countries had a terrible destructive impact on cross-border cultural and connectivity linkages as in the case of the Radcliffe boundary.

This engagement with the other narratives of partition and disruptions is the focus of the Partition Studies Quarterly. In our second edition, we are pleased to present once again a collection of such pieces, for which we thank our esteemed contributors. Faith Elwin Kharbuli’s piece seeks to recover the indigenous voices of the disruption of partition through the stories of the Khasi and Jaintia people located on the borders between India and Bangladesh. Sajal Nag explores the little-explored understanding of the partition of Burma from India and its impact on the lives of the people across the Indo-Burma borders. One of the obvious impacts of disruptions is reflected in the rise of refugees in history which social scientists trace to the Second World War and its aftermath. The piece by Manas Ray helps deepen and widen the history of refugee-hood in South Asia from its political and ecological contexts.

We are grateful to the Bangladeshi author Shaheen Akhtar for allowing us to carry a translation of her Bengali novel Ashukhi Deen, set in undivided Bengal of the 1940s, which translator Arunava Sinha was kind enough to translate for us. Akhtar was interviewed by one of our co-editors Samrat Choudhury on aspects of this book and the larger issues it tackles. The process of cartographical realignment and its contested contexts witness an evocative exposition in the contributions by Shaheen Akhtar. Amrita Gupta Singh’s piece is a perceptive take on the early moorings of nationalist cartographic manoeuvres and representations in the subcontinent, which in retrospect could be seen as a foundation for subsequent cultural and political contests over community and geography culminating in the partition of the subcontinent in 1947.

As we have pointed out in our first edition, the journal only attempts to re-visit the existing multi-dimensional cartographic realignment of the northeast region and its history. In its current edition, the journal seeks to expand the debates on partition in the sub-continent by exploring new areas of investigation and engaging with alternative narratives of history writing.